There’s a saying that we, in the collective sense of the word, have forgotten about. “If someone shows you who they are, believe them.” I know it’s hard to imagine that in 2018 abhorrent people we thought we’d gotten rid of, whether by teaching or by generations dying off, are still among us. But they keep showing their faces and we, again in the collective sense, don’t believe them. 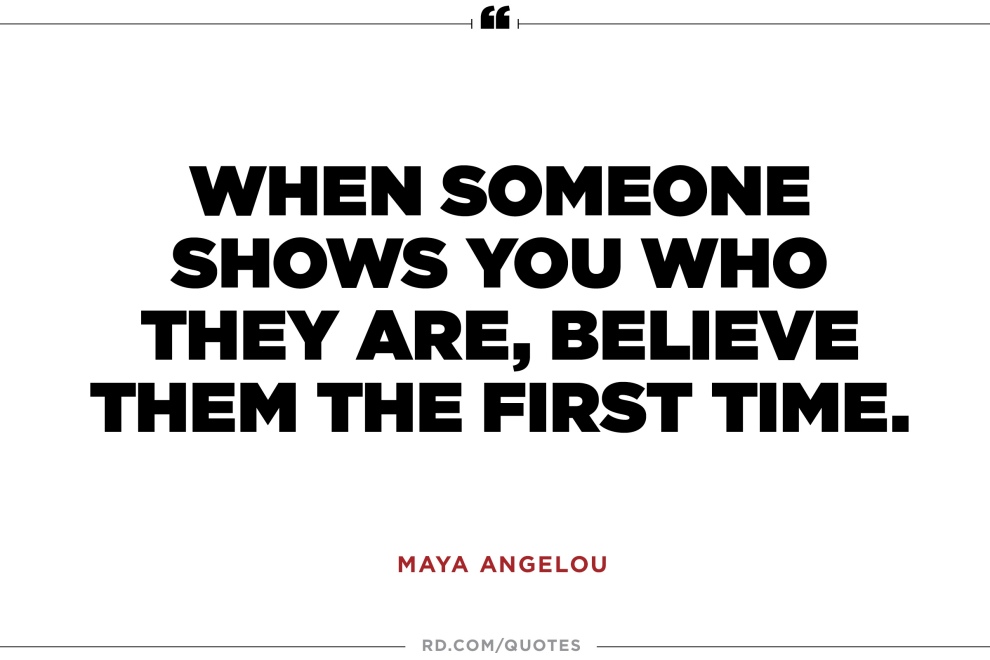 We’ve never been more aware of the affects of bullying yet we continue to let people do it and call it freedom. Our President is the leader of this movement. And his followers are everywhere. Not just in the red states or the Deep South. They are in Hollywood, in other parts of Washington (DC) that aren’t the executive branch. They’re online hiding behind fake avatars and they’re walking around with AR-15s in the middle of your kid’s school.

All of them, in some way or another, are also in the spotlight. We can’t get away from news of the White House bully in chief. Every day another senator, congress member, staff member, has to resign over some sort of allegation. There’s a school shooting every day. That’s not even an exaggeration. And today’s latest show off told you all along who she was, and yet, you gave her a TV show anyway. And were in shock and awe that she’s still a bully.

She didn’t make a mistake. We did. We forgot to believe her. Just like we forgot to believe every other bully we’ve been putting in positions of power – and don’t get it twisted, having your own TV show is a form of power. Excuses were made from day one. The other members of the cast and crew aren’t her.

We can’t keep the child in charge of our country from being a bigoted bully using social media to spew hate, why did we ever think giving a woman who’s never not been one her own show?

It’s time to start believing people when they show us who they are the first time.