This is a follow up to the entry Life, The Universe, And Everything

For those of you who don’t want to read that one again: In March I began inquiring about a degree in Psychology at National University. I have two other degrees, one in Business and one in Graphic Design. I can only prove one of those degrees exist. Both colleges have since closed down. Westwood College, where I got my graphic design degree, was nice enough to transfer their records to an online facility. I requested transcripts. They were sent to National. Easy peasy. ICT College, where I got my business degree, were not so efficient. They transferred their records to an entirely new college. Attempts to acquire those transcripts were met with “I don’t have them” and subsequent ghosting after that. One sentence, no other information. Thanks for the help, good to know you’re in charge of people’s education.

I was unsure about what I wanted to do next and I gave up the idea. But I didn’t move on. I still want a Psychology degree. So I investigated further and thanks to one good person at the Bureau of Private Postsecondary Education who shed new light on the situation I am able to move on to the next step. You see, as it turns out, the idea that there’s no way the records were just gone isn’t actually true. They are just gone. Under California law schools are not required to hold on to student’s records for more than 5 years. It’s been 17 years since I got my business degree. That was a bit of information I could have used in March.

In the meantime I found print outs of my business degree transcripts which are useless because I can’t prove their not doctored. I can assure you they’re not, but looking at them you can understand why someone would think otherwise. 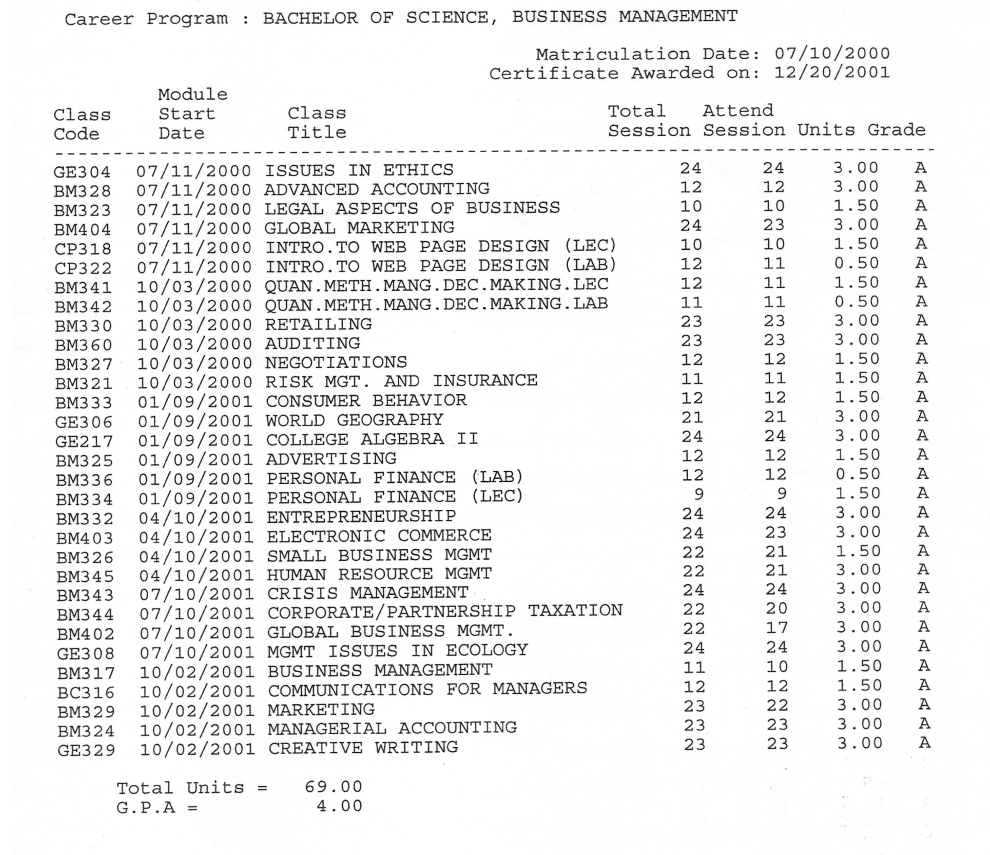 The journey continues. I may yet have a Psychology degree in my lifetime.

One thought on “For the Record”