Warning: Shit’s About to Get Real

If you have not yet read the “About” section (link above) or the “Welcome to the Insanity” entry that opened this blog (scroll down or see link to the right) please do so now and then continue to read this entry.  If you have, please proceed.

This message will be featured on every entry I post here. Unfortunately it is necessary. 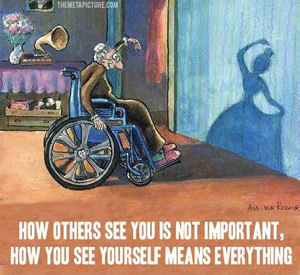 In my last entry I talked about my tendency to consume things in a very obsessive way, which it turns out is a personality trait many people in the Nerd category hold, a fact that will become relevant as you continue to read this entry. At the moment the object of my obsession is Chris Hardwick and his Nerdist Industries media empire. It began as a simple thing, with the discovery that his podcast channel included many of the TV writers I hold as my personal writing heroes. Hosted by a writer featuring writers talking about writing. Perfect. Chomp, chomp, chomp. Satiated. Next…

Once I had emptied my plate of writers on writing I moved on to a healthy portion of Chris’s own podcasts featuring celebs of varying status talking about nerdy things. Sidetracking a bit here, I have been a geek, nerd, enthusiastic fan for as far back as I remember, but I have a tendency to come to certain things a bit late in the game. For instance I just finished thwarting a Zombie Apocalypse in Plants vs. Zombies – an app I have honestly had on my iPhone for at least six years. To drive home the point of my obsessive nature I played one level on my phone and subsequently downloaded it on my iPad, iMac and MacBook Pro. The iMac version has been completed, I am still working on the others. Anyway, I have known about Chris Hardwick and his Nerdist Industries since he launched it in 2009 but had never once visited the Web site or downloaded a podcast until this year. Sorry Chris, it wasn’t personal.

As per my usual obsessive manner, I downloaded Chris’s book “The Nerdist Way” (which he wrote in 2011, see, always late to the game) because I must hear, read, watch, consume everything the object of my current affection has done. Well, within reason, I most certainly will not be seeking out ripped Youtube episodes of “Singled Out.”  (Chris co-hosted the MTV dating show with Jenny McCarthy). Anyway. “The Nerdist Way” is Chris’s how-to manual to the Nerd community and is meant to help those of us who fall into that category harness our Nerd Power to accomplish our life dreams.

That’s the backstory. Here’s what this entry is really about. I have always known that I fall into the Nerd/Geek category. Some folks in the community feel that they are one or the other, Nerd refers to the smartly people who can program a computer AND rattle off the members of the Justice League in alphabetical order. Geeks are less brainy. At least that’s how I have heard it. I tend to answer to either trope. Gnerds (I am making up my own damn word, thank you very much) are lucky enough to be obsessive, overly self-aware and constantly ridiculed (more-so as kids). And that’s totally me. With one major distinction – my Gnerdiness is overshadowed by that other thing that I have going on – disabled.

Another tangent if I may. It occurred to me recently that in the human community we are in absolute awe of any animal that has overcome any type of handicap to the point of sharing videos of bunnies using toy trucks as “wheelchairs” and two-legged dogs overcoming their fates and being the best animals ever! These videos get millions of views daily. Where are the videos of humans overcoming the same fates? Oh right. They’re on the Special Olympics and given thought only when the media deems it necessary to feature them. When a dog adapts to its environment it is viewed as inspiring. When a human does it it’s sad, and nobody wants to deal with sadness.

I recently had an argument with someone on Facebook (put those judging looks away, it was not a random head on the Internet I was arguing with, it was a friend, I just happened to have the discussion online) in which he proclaimed there were no gay role models he could look up to that fit into a category like HIM. I quickly pointed out there were no role models in my world either. And the reason for that is nobody wants to deal with reality. We deal in stereotypes. Gay men are soft, make-up wearing, show tunes singing fairies. Handicapped people are sad and cannot compete in an olympic event without the word “Special” in front of it. Yes, Oscar “Blade-Runner” Pistorius competed in the “regular” olympics and I am not going to pass him off just for his recent nosedive into specialness, but that is one example. One in the history of the Olympic Games. We reject what we do not know and we relegate them to special places so we have a choice of whether to pay attention to them or not. We cannot deal with disabled people who thrive. It’s just not our way.

“The Nerdist Way” is all about harnessing your Nerd Power to bring out the best in your obsessive, overly self-aware personality. Which is great. It’s a good formula for unlocking the potential you are suppressing because your Gnerd personality tells you to. But it gave me pause when I realized that other thing I have to unlock too. How do I make YOU comfortable with ME when all you want to do is look away and make me go back inside? I can name off dozens of successful Nerds both in entertainment and in business. I cannot name more than one successful disabled person off hand (Stephen Hawking). And as for role models on mainstream television I can also name one – Artie from Glee, who is really just an able bodied actor playing disabled, which, in reality, makes you feel better knowing he’s not really stuck there right?